It was crystal clear that the group had collectively decided to alienate this one single person from the clique because said person was different. In my heart I knew that was wrong to do to any human being, no matter what, so I took a stand and broke off from the clan. Little did I know how this would shape me into becoming a fear driven adult in the workforce later on in life.

“FEAR OF FAILURE: this is one of the most common fears because we want to be accepted for who we are and fit in. Most often times the word failure is identified as the result of incompetence or below-average performance leading to strong feelings of inadequacy.”

And then came the bullying.

After the group had banished said person and my chosen self, things got worse before they got better. I became this person that all of the sudden didn’t fit in. I wasn’t allowed to hang out with the clique of former friends, I wasn’t “popular”, my clothes got made fun of because they were different (loud prints and tie dyes). Mind you, I was a child and this was a middle school setting. We all know how tough growing up as a kid and finding yourself through these awkward grade school stage as it is without adding in all of these shenanigans.

Overall, I was in a vicious cycle of pain and confusion.

I began to work hard towards my schoolwork. I was getting high scores and finishing before others. BUT it got to a point where going to school each day was the source of my unhappiness. Especially on the days where said person, my one true ally, wasn’t in attendance. What do I do then?! Sit alone? Eat alone? I chose to linger around the teacher. How long can you really be treated with blatant disrespect by your peers before you decide enough is enough? Even at my young age, I knew I shouldn’t have to deal with the name calling, poking fun at, the “looks” and dreadful isolation.

I asked my mom to PLEASE put me on homeschool. My teacher at the time, we will call her Mrs. J, adored me. She was very supportive in this decision and agreed to work one on one. I will never forget her compassion. We agreed that I would still be doing the schoolwork from my class but only speak with the teacher and show up once a week to turn in my projects. Which I was really enthusiastic about because we were currently studying the Egyptian culture and I was totally into the gods, hieroglyphics, pyramids and art.

Working really hard yielded me one of the highest grades in the classroom. As I would come in after hours, I would see my projects on the wall alongside everyone else’s and this made me feel proud. I had found my way to fit in and finally feel accepted.

In reading Adventures for your soul I have gathered this information. “Many people who are afraid of failure are also achievement junkies. They work really hard, including long hours, to get ahead and prove their worth through their achievements. People who relate to this fear will be reluctant to try something new unless they are confident they will win or master the craft.” More or less, me in a nutshell.

Being in the entrepreneur field now as a health and fitness coach, I have to constantly learn and do things I am uncertain of. Most things revolving around this I have NEVER done before so they are completely new. You can see how I could struggle with these feelings so strongly almost daily!

It wasn’t until I discovered the source of the fear that it really hit me like a ton of bricks.

“SOURCE: Lack of acceptance. People who are afraid of failing, are actually terrified of not fitting in. At one point in their life, they felt alienated or left out and turned to productive means of achieving and winning to prove their worth.”
Some of the “symptoms” relating to this fear are:

At one point or another in my life I have been guilty on all counts.

If you are anything like me, then you really need to hear this next part from the book. In all honesty, I did not want to share much of this BUT again, being vulnerable is a huge part of who I am now and what my job as a coach is all about – Personal Growth in epic proportions. If by me sharing this one realization from my life, helps even one person pinpoint why they do the things they do, then it was all worth it. Imagine if the author of this book hadn’t shared her journey.

I am certain I’m not alone in the world being someone who has suffered from alienation, bullying or self-inflicted exhaustion from overworking. Society really doesn’t help the case either. Being addicted to work is one of the most socially acceptable addictions, but that’s another day. 😉

“FEAR FIX: a message to those who fear failure: recognize that in most situations, the only person judging you is you. Your expectations for yourself are extremely high, and this is preventing you from allowing close social connections to flourish. What you really want is to be accepted by others, and that starts with you accepting yourself. Work on accepting yourself by giving yourself permission to be you. Instead of doing, practice being. Forgive your past and those people who hurt you and laughed at you when you were a child; they didn’t meant to hurt you. You don’t have to work so hard to prove anything to anyone because you belong in the world just as you are. Give yourself permission to play more. Your awesome opportunity is to pay more this week. Turn your work into play by finding joy in the moment.”

This is something I plan to work on now that i’ve gotten some clarity and understanding on the matter. Just the other day I was telling a two different fellow coach friends that I feel like I could be doing “more” in my business. I tend to feel this way a lot, which leads back to the feelings of inadequacy and drive to overwork and overachieve hoping to “fit in” more. I never knew why I felt this way, I just knew I felt it a lot. They BOTH snapped me out of that mindset quickly by reminding me how much i’ve accomplished and how many lives I have positively impacted. They both told me I am ENOUGH.

I would like to end this by saying I don’t carry around any hurt, anger or animosity toward the group that exiled myself many moons ago. In fact, I have already come to agreement with the belief that things happen in your life exactly as they should, to lead you to where you were meant to be. When one door closes another opens, kind of attitude.

I am meant to be a part of this coaching community, changing lives (including my own), surrounded by the people that are most like me. The people that would have made the exact same choice in that moment, to walk away from a group that collectively chose to alienate a single human being. For that opportunity, to branch off and not remain apart, I am forever grateful.

Credit on unveiling this self-discovery and allowing me the mental tools to process this event and further work on releasing myself from unnecessarily high standards of self, goes solely to Shannon Kaiser the author of “Adventures for your Soul.” If you have not read this book, you must. I believe there is something inside that can speak to everyone.

I’m kind of becoming my other therapist, don’t ya think?

Read my full story HERE
-or-
Contact Me HERE

2 thoughts on “Fear of Failure” 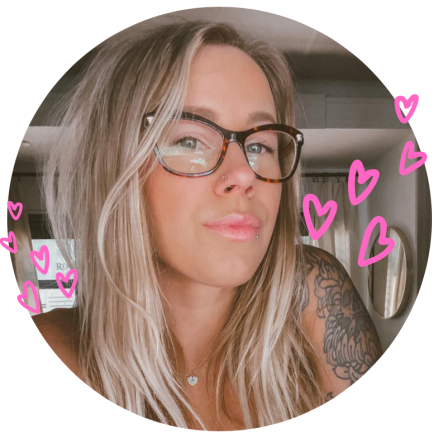 Hi! It's your coach, Kandace and I’m here to help you transform your life in whatever aspect suits your current phase. Physical, mental, financial. Join me on this journey towards self-love, good health, increased confidence and personal growth.